Colour is a big deal to the human experience. As far as perception goes, people tend to absorb color before noticing anything else when faced with an object or image (Morton, 2012). Colour attracts a lot of attention, shifts moods and marketers play on that order to build brands. In one study I worked on, we found that red was an especially powerful color- it often makes its viewer feel sexy, passionate and loveable, - ambitious, in control, and powerful.

So what happens when there is a corporate fight over colour? What happens when someone else wants to use the Tiffany blue or the Christian Louboutin red? Every fashionista is aware of the very mediatized lawsuit that occurred a couple of years ago between luxury fashion designers Christian Louboutin and Yves Saint Laurent. Louboutin sued Saint Laurent after the latter designed an entirely red shoe, sole included, jeopardizing “the identifier uniqueness” of the Louboutin brand. Louboutin had adopted the red soles in 1992 after he decided (before a fashion show) to paint the bottom of his shoes with red nail polish. This red became a critical identifier of the brand and badge for its wearers.  What happened from the suit? The courts ruled Louboutin could not trademark his famous Pantone 18-1663 TPX Chinese Red colour (appendix 1). Although, the judge mentioned that Louboutin could trademark the very specific context of a red sole. No other designer could have a red sole, unless the entire shoe is red (Jeffrey and Timberlake, 2012). 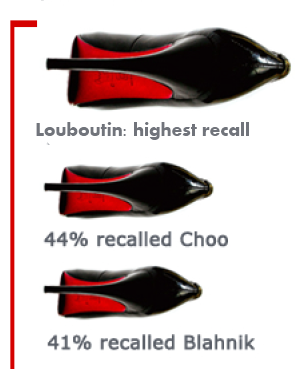 But what I was really after was to see how well these folks could identify the Louboutin red. So, I had the respondents examine the reds of five famous brands that have red as the dominant identifiers in their branding: Louboutin, Cartier, Old Spice, Coca Cola, and Band-Aid. Without knowing the five brands chosen, it turned out that only 12% of the respondents could link Louboutin with its proper red colour.  Most respondents linked the maker of thousand dollar shoes to Coca-Cola’s red. 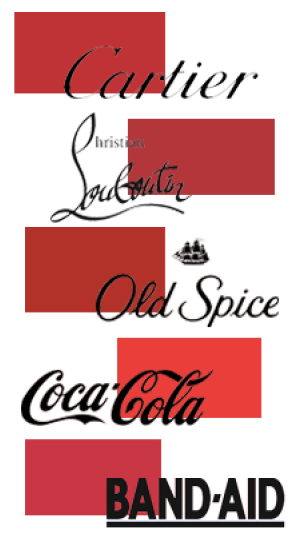 The question that I would like to put out to the readers today- is should this matter to Louboutin? Let me know what you think!
Posted by Robert Mackalski at 8:10 AM 2 comments:

Warming Inside when its Cold Outside

I am constantly fascinated by new guerrilla marketing campaigns that these days go viral and gain awareness within hours.  One of the latest from Duracell seems to have captured the hearts of many Canadians. Their “Moments of Warmth” campaign is fantastic. It is a brand-building campaign for Duracell Quantum that turns the frigid Canadian weather (and chilly political climate in Quebec) into something much deeper, beautiful… and warm!

This campaign takes place in new bus shelters built by Duracell. The idea behind it is this. When it is really cold outside, bus commuters wait for their busses inside the glass bus shelters. While the shelters block out the wind, snow and sleet, the temperature is uncomfortably cold. The vibe inside the shelters is also cool- strangers rarely speak to one another while waiting for the bus. But, all this can change with Duracell. Duracell Quantum has the power to heat the bus shelter but the catch is this:  In order to activate the powerful heater to heat up the Duracell bus shelter, bus waiters have to join hands (or fist pump) to create human chain. In essence, physical warmth comes with interpersonal warmth. The tag line says it all:  “In Canada, we have cold winters. But we also have each other. Share the power within.” 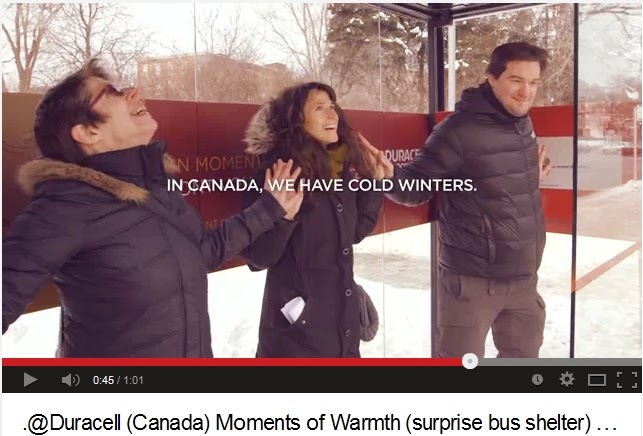 I believe this campaign is brilliant. Let’s break it down. In addition to the virality of the communication which makes awareness for the Duracell Quantum brand, the campaign features out-of-home communication (the shelters branded themselves) to create awareness. The messaging  of the campaign is crisp too: Quantum is so powerful it can heat up a frosty bus shelter - on the coldest Canadian days!  The message also works at a deeper level. The bonds created by humans mirrors the way a battery connects when igniting a unit.  And, not to be overlooked, there is a tremendous feel-good component for the bus commuters themselves who experience human connection and the warmth.

It is amazing to me that something as boring and utilitarian as a battery can become something endowed with human connection. Congratulations Duracell on a job brilliantly done.
Posted by Robert Mackalski at 1:16 AM 2 comments: