Three things you need to know about H1N1 & the H1N1 vaccine 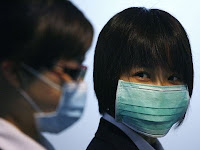 So there's a new vaccine to shoot up. How big a deal is the H1N1? What about the vaccine? I've heard so many quack stories, that I thought I better figure out what's going on. Here are the three things that I came up with.

1. H1N1 is a nasty flu with bad effects and specific targets. My doctor who just attended a seminar on it told me that it is 3 times as contagious as the regular flu. It's also got a lot more kick than a regular flu. http://www.phac-aspc.gc.ca/alert-alerte/h1n1/faq_rg_h1n1-eng.php reports 2,000-8,000 people die from the regular flu in Canada in a typical year. How does that figure compare to mortality projections of H1N1? The WHO's worst case scenario for Australia(http://www.canada.com/health/Australia+worst+case+scenario+H1N1+deaths/1797295/story.html)is 6,000 deaths/. Applying that ratio to Canada, we can expect around 10,000 Canadian deaths. (Australia is a good reference point because it already had its flu season. It is also a developed nation with health care facilities similar to ours.) But there is something else that we need to know. H1N1 has decided to snipe at some particular target markets (this is a marketing blog so I better incorporate some marketing lingo). Mortality strikes the following segments disproportionately hard: People aged 35-55, women, and people with a weakened immune system or prior respiratory problems (e.g. rheumatoid arthritis, diabetics, pneumonia etc). In short, the risk of contracting the violent flu is very high. The risk of dying remains very low.

2. The virus is nothing new and the vaccine is a lot less "rushed to market" than it appears. A lot of elderly people already have immunity to it because H1N1's sister made her rounds years ago. This is particularly good news from a vaccine point of view because we have a history of learning from its sister virus. The vaccine launch, therefore, while expedited- is not as rushed as it may appear to be. We do know that about 1 in 1,000,000 who take the vaccine will suffer a neurological setback (almost immediately upon receiving the shot) which takes about a year to recover from. This ratio is pretty consistent with regular vaccine shots. We also know the vaccine takes about 2 weeks to provide proper immunity, so if you are in a high risk group, get the vaccine sooner rather than later.

3. There are a lot of incentives to push for the vaccine. Pharmaceutical companies have a lot of money to make, politician do not want to be blamed about doing nothing if the virus spirals out of control, companies need their employees to be healthy because sick workers reduce output, media is in constant demand for news and a little hype never hurt ratings, health organizations get more funding if they are doing something relevant etc. etc. etc.

Now some medical folks would say, "If we all take the vaccine, the virus spread is less. If none of us take it, we have the tragedy of the commons". This is a legitimate argument. But somewhere in the discussion we have to revisit old-school common sense. You know, the stuff mom said. Wash your hands. Avoid crowds. Stay rested. Eat vitamins and a well balanced diet. Avoid kissing someone sick. Behaviors have always had a disproportionately large impact on staying healthy. This has been true from the operating room (e.g. sterilizing equipment) to the bed room. This will likely also be the case with H1N1.
Posted by Robert Mackalski at 9:53 AM 1 comment:

The Most Interesting Man in the World

Around 2000, Ad Age ran an article where they presented their Top 10 advertising icons of all times. The criteria they used included sales and "cultural impact". It's not really surprising that Tony the Tiger, Ronald McDonald, Pillsbury Doughboy (woohoooooo), Aunt Jemima, Betty Crocker, the Green Giant, Michelin Man, and the Marlboro Man (see http://adage.com/century/ad_icons.html) made the list. One thing they have in common is that they have been around a long time. Aunt Jemima was introduced in 1893. The Michelin Man, 1898. The youngest character is the Energizer Bunny- and she's just entering her sexy 20s.

Eventually a Top 10 brand icon list will get revisited. When it does, there may new entrant: the Most Interesting Man in the World. His reputation may not be expanding faster than the universe, but it sure has spread a lot on You Tube with millions of ad views. His ads are certainly are effective too. Earlier this summer when imported beer sales dropped 11% - Dos Equis sales rose almost 20% (AdAge). This puts Dos Equis' sales on par with Stella's in North America. But, what about his cultural impact? He may have longevity as some kids say that when they grow up they want to become the most interesting man in the world. http://www.youtube.com/watch?v=Brkx_6wKNhQ. Now that's interesting.

For what its worth, Johnathon Goldsmith (the actor who plays the world's most interesting man) used to star in McGyver, Magnum and Murder She Wrote. Evidently Angela Lansbury from Murder She Wrote would question him just because she found him so interesting.
Posted by Robert Mackalski at 9:28 PM 2 comments:

The road to hell is paved with good intentions... 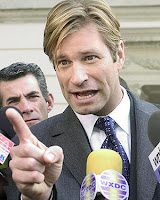 I remember my father saying, "the road to hell is paved with good intentions." Now my dad didn't make up the line (A Google search revealed that Saint Bernard of Clairvaux said something along those lines in the 1100's) but the wisdom of that line can not be overstated. The line captures the blow- or unintended consequences - of well intentioned government decisions.

Smoking before sex.
It's not that long ago when governments started restricting tobacco advertising. I am not making the case that this restriction is a bad thing. After all, we don't want kids picking up the habit. And, the restrictions make economic sense especially in countries where health care cost is "picked up by the government" (assuming the health care costs of treating the incremental diseases caused by tobacco exceed the incremental revenue from the tobacco taxes).

Originally, the anti-tobacco legislation stated that tobacco brands could not promote their brands in any place that a minor might be exposed to it. What was the result? Big Tobacco shifted their promotional budgets to adult industries. That's right. The legislation helped to subsidize the smut industry.

Remember luxury tax on Monopoly?
There's no tax that could be more popular than a luxury tax. After all, who could oppose a special tax on the consumption of extravagant luxury items like a 100 foot yacht or Gulfstream jet? When this happened in the 90s, rich folks shifted their spending away from the taxed items and the folks who made the yachts lost their jobs. (An additional 1% tax on a $50 million jet is still $500,000 and a rich man stupid enough to snag trophy wife #4, is smart enough to know that the 500k can cover some part of alimony.)

A real road to hell.
Here's a favorite of Reuven Brenner. When governments got in to the business of highways and roads, the idea was that road building would create a lot of jobs. More roads would further stimulate car sales as drivers would have more places to go. This makes sense. But the blow here is crazy. Prior to the widespread access to free roads, people lived close to where they worked, partied, worshiped, and shopped. When the highways out of town got built, the rich and middle classes drove their cars and moved to the 'burbs. So, as the inner city was gutted of the key property stakeholders, crime rates rose. As the highways extended, cities sprawled. Traffic congestion emerged contributing to pollution, driver stress, accidental deaths, and years of lives wasted on highways. The average Torontonian commutes just under 80 minutes a work day. That's about 550 days of life on the real road to hell of good intentions.

Time is money and timeless money.