Strike Up the Brands Bands

I've been extremely busy with my research, corporate projects, and of course, teaching. The good news is that along the way I've come across a bunch of really cool marketing topics. The trouble is simply finding the time to put down a few thoughts on this blog. Let's kick off this year's entries with some musical fun.

Question 1: What do these songs have in common: Hotel California, Big Girls Don't Cry, Ice Ice Baby, Come Together, and Freeway of Love?

Answer 1: One of the most obvious answers is that they were all #1 hits.

Question 2: What else do they have in common? For some hints, fill in the blanks below. 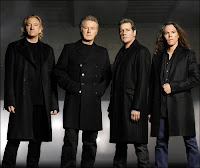 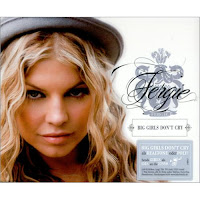 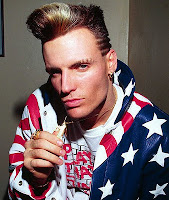 Yo -- so I continued to A1A Beachfront Ave.
Girls were hot wearing less than bikinis
Rockman lovers driving __________
Jealous 'cause I'm out getting mine


the Beatles, Come Together 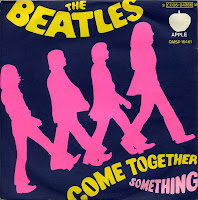 He wear no shoe shine
He's got toe jam football
He's got monkey finger
He shoot _________
He say "I know you, you know me"
One thing I can tell you is you got to be free

So to answer question 2, what else do the songs have in common? All the lyrics contain brand names. That shouldn't surprise anyone given that this a branding and marketing blog. But just how common are brand names as part of lyrics in songs? Do artists get paid for singing about brands are or they just part of the lyrical narrative? What brands are most commonly referenced in lyrics?

So how common are brands in song lyrics? Very. The web site AmIRight identifies hundreds of musical artists from different genres who use trademarked brand names in their lyrics. What is interesting is just how diverse the brands and their categories are. Bruce Springsteen's all American songs have Chevrolet in them. LMFAO sings about Red Bull energy drinks and Vans. In an unlikely match, Little Wayne appears to be a fan of Orville Redenbacher's popcorn. Lady Gaga, Hannah Montana, and Bryan Adams might not look good in Armani suits, Gucci shoes or designer boots but they sure sing about them. Shock rocker Alice Cooper sings about Colgate. Simple Plan wants Skittles and Slurpees for Christmas. Frank Sinatra mentions Fords. The Andrew Sisters sing about how they like to mix their Coca-Cola. Katy Perry smacks her lips with Chapstick. Nelly's proud of his Nikes. Mariah Carey packs her Louis Vuitton and includes Windex in her lyrics. Black Eyed Peas care about Cocoa Puff, Dolce and Gabbana and DK. The deeper you investigate, the more you realize that brands in songs have and are - a staple of pop culture musical lyrics. Brands name mentions are in classic songs by classic artists and continue to thrive in 2012. So just how old are brand-placements in song lyrics?

From a pop culture perspective, the answer here is at least since 1908. That's when this little number was written and gained popularity: 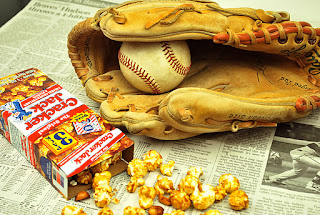 Take me out to the ball game,
Take me out with the crowd.
Buy me some peanuts and Cracker Jack,
I don't care if I never get back.
Let me root, root, root for the home team,
If they don't win it's a shame.
For it's one, two, three strikes, you're out,
At the old ball game.

Think about this. Cracker Jack has been immortalizingly linked to baseball, America's national game because of this song. As Terrance Mann (James Earl Jones) said in the movie Field of Dreams: "The one constant through all the years, Ray, has been baseball. America has rolled by like an army of steamrollers. It's been erased like a blackboard, rebuilt, and erased again. But baseball has marked the time. This field, this game, is part of our past, Ray. It reminds us of all that once was good, and that could be again." And linked to this constant of America there is Cracker Jack. So over the hundreds of thousands of live baseball games that have been played, in the excitement of the baseball stands for millions of watchers, the brand Cracker Jack has been sung by fans for over 100 years. That's worth millions and millions of dollars in brand building for sure. The lyrical placement is also a reminder to pick up a package from the concessions during the game.

So, if there is value for brands for being included in songs, do the artists get money for lyrically including the brand names in their songs? Let's look at a few examples that can help shed some light on this question.

Smells Like Teen Spirit, Nirvana - Teen Spirit is a deodorant brand (insert jingle: byyyy Mennen). The story of how the brand got into the song title goes like this. Kathleen Hanna, then lead singer of a punk band where Kurt Cobain (lead singer of Nirvana) was dating a member, spray painted "Kurt Smells Like Teen Spirit" on a wall. Cobain thought the grafitti was cool and wrote the song, "Smells like Teen Spirit", which eventually climbed to #6 on the Billboard charts. In the process, Nivana's grunge anthem inadvertently skyrocketed sales of the fledgeling Teen Spirit brand. According to Wikipedia, Cobain -who a grunger with a known anti-corporate/anti-estabilishment philosophical bend, had no idea that the brand even existed and when he did find out, he was upset that the song had been named after a line of deodorant. Of course, the brand folks at Mennen weren't upset at all. They took advantage of the situation and crafted a slogan, "Do you smell like Teen Spirit?" Given Nirvana's anti-corporate attitude, the band did not license the song to the corporates and did not make any money from the brand mention.

Here's another classic story of The Kinks song Lola. In 1970, the BBC had a monopoly on radio in the United Kingdom. It also had a strict ban on advertising in music and refused to play songs with commercial reference. Deep down this had something to do with the fact that the BBC wanted all ad revenues to go through them and having a "brand in a song" would have made it tough for the BBC to extract "ad revenues". So when the Kinks had the following lyrics in their lyrics, "You drink champagne and it tastes like Coca-Cola", the BBC wouldn't play it. So, the Kinks rerecorded the lyrics "You drink champagne and it tastes like cherry cola." The song became a top 10 hit. Of course today, the BBC radio monopoly doesn't exist and brand-lyric'd songs are blared across the airwaves. The Kinks didn't have a relationship with Coke that would have influenced the original lyric.

The Nirvana example is from the 90s and the Kinks story is from the 1970s. But what about today? The music industry has changed a lot since then. With declining revenues for artists from crashed CD sales, wouldn't it make sense for artists to grab some cash from an advertiser by adding their brand as part of the song lyrics? AdAge did some investigation on this and says, "not so fast". Examining rap music, a genre that has been most prone to incorporating brand placements in videos, AdAge asserted this:

"In almost all cases, a brand has found its way into a rap song because of artist preference or through an organic, creative predilection and not because of a record label dictate to appease an advertiser..."

Their quote also means, in some cases, that artists are making some coin from the lyrical brand placement in the songs. mu-sik.com suggests that deals involving lyric placement would be part of a larger product placement/sponsorship agreement. But there is also some hard evidence of active solicitation from agencies. An e-mail from the Kluger Agency, the music industry's leading product placement agency, was accidentally sent to Jeff Crouse of the Anti-Advertising Agency. Crouse posted the exchange on his blog (some of which I am incorporating below) - so we get a glimpse into how this lyrical brand integration occurs:

"I’m writing because we feel you may be a good company to participate in a brand integration campaign within the actual lyrics of one of the worlds most famous recording artists upcoming song/album.

Lyrics play an important part in the use of music as marketing, Just as a catchy tune could assail your senses, a good “jingle” or cute lyrics could become a part of society for quite some time, imagine your brand name being a part of that." See the rest of the exchange here.

But when you consider how "creative" the music industry can be, little should be surprising. Remember this is the industry that paid and sent busloads of girls to scream for the Beatle (as a publicity stunt to create "Beatlemania") as Paul, John, Ringo, and George walked from the plane to the terminal.

What brands appear most frequently in songs?

Using the list from AmIRight, I sifted through 125 randomly selected artists who incorporated brands in their lyrics to get a feel for which brands appear most frequently in different songs. Six brands reoccur more than the others and I am only listing a few of the songs that lyrically incorporate the brand. Let me know what you think of the results!

Chevrolet (Kiss -Hooligan, Lenny Kravitz -I Don't Wanna Be a Star, Bon Jovi -99 in the Shade, Bruce Springsteen* -Racing in the Street) *I came across 3 songs from Springsteen using Chevy

Gucci
(Bryan Adams -The Only Thing that Looks Good on Me, Lady Gaga - Fashion, Fergie -Labels or Love, Hannah Montana - The Good Life)

Coke
(Barenaked Ladies - Alcohol, Beach Boys - All Summer Long, ACDC, Neil Young - This Note's for You, the Beatles - Come Together)