Ladies of the 80s . What the hell?!?! and Music video product placement

I was having drinks with a former student of mine and he said something really interesting to me: "Every 27 years the fashion cycle repeats itself."

I asked him, "Where did you get that from?"

"The readings you assigned us in Brand Management." 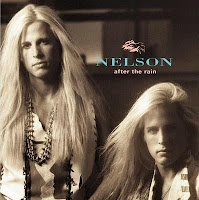 upbeat era. The economy was great and both personal and financial optimism were high (See Theodore Caplow, Howard M. Bahr, John Modell). Upbeat pop and spirited glam rock (e.g. Madonna, Bon Jovi, Starship, Michael Jackson, Journey, Def Leppard, Poison etc.) dominated the music scene. The era's optimistic mood was reflected by the period's music. I remember reading the liner note of the Nelson's After the Rain at the time. They argued that it was music that made the change to a better world. I suspect they are right too. Ultimately, optimism fuels upbeat art. Upbeat art drives optimism. 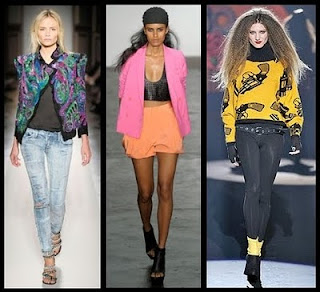 So what is 2011 like? The 80s style glasses are cool again, women's tight black stirrups and boots are in vogue (and have been for a while), and upbeat pop music is again dominating the charts. A lot of the bands that dominated Billboard's charts in the mid 1980s are mixed in with the best selling artists of today on iTunes. Journey, Heart, Iron Maiden, Pat Benetar, and David Bowie all have best selling iTunes songs. Sometimes both the original 80s and the 2011 remake are selling side-by-side. (e.g. Heart Alone and Alyssa Reid Alone Again) In addition, many of today's artists(especially the ladies) are throwbacks to the 80s. Lady Gaga seems to be Madonna reincarnated. Kesha is Cindy Lauperesque. Katy Perry's melodies are classic, catchy, commercial 80s with a Snoop Dog twist.

So what follows the upbeat, optimism of today's music? If the research proves to be correct, in 4 or 5 years we will be feeling the grays of the dark, anti-establishment, gloomy grunge era. But, for the time being, commercial is cool.

It's (not) About the Music
True artists like to be pure to their art. Watch interviews with new musicians and and you will likely hear something like, "For us its about the music. We don't want to sell out to the corporate pressure." Very few artists, however, don't 'sell out' when they realize that the music business is "80% business, 20% music" (Metallica) and that "the listener is more important than the song" (e.g.Rob Thomas, Def Leppard). Even artists like Avril Lavigne who started off with an 'independent brand value' eventually accept corporate sponsorships. How much has Avril gone corporate? Check out the product placements in her music video "What the Hell". I counted 4 distinct still shots with product placements, including her own fragrance line. I am a little bit bewildered how much Sony product placement there is in the video given her ongoing sponsorship deal with Canon. (Check out her product placement music video here). By the way, if a 90 minute motion picture served up product placements at the rate that Avril is doing here, there would be more than 100 in the film. I'm sure audiences would say "what the hell?!!" to that. 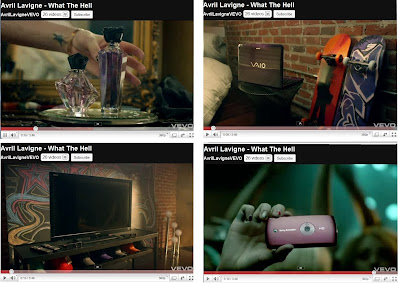 The following is an excerpt from Melissa Leong's work in the National Post. Since yours truly had something to say on the topic, I thought I would give a shout out to the article here

"On the weekend, Chris Brown appeared as the musical guest on Saturday Night Live, arguably his highest-profile gig since he pleaded guilty to assaulting then-girlfriend Rihanna in 2009. Meanwhile, it was recently announced that Mel Gibson’s latest film, The Beaver, will finally premiere at the South by Southwest festival in Texas next month. We thought they were untouchable, but now they’re back in the limelight. In this week’s edition of the Post’s Culture Club, we ask whether you can successfully rehab a widely loathed celebrity. Melissa Leong moderates the discussion."

Robert: Regardless of how despicable the actions, the reality is that celebrity rehab is almost always possible. The public has consistently demonstrated its willingness to forgive the deepest, darkest sins and crimes of celebs. In music, Ozzy Osbourne urinated on the Alamo and attempted to murder his wife. He came back with a hit TV show. In sport, Mike Tyson was convicted of rape and bit off a boxer’s ear only to star in The Hangover. In movies, Robert Downey Jr. became Iron Man after spending time behind iron bars. Why does this happen? People have a love affair with redemption. Literary works — from the Bible to Macbeth — have relied on these universal themes.

See the rest of the discussion here: http://arts.nationalpost.com/2011/02/14/culture-club-forgive-forget/
Posted by Robert Mackalski at 3:27 PM 1 comment:

This weekend I heard a comedian quip, "the Superbowl ads are as big as the game". 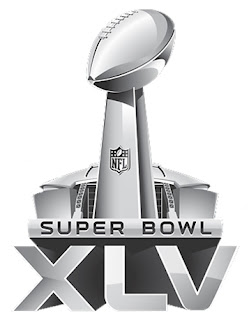 The thing about ads is that everybody has got an armchair expert opinion. It makes sense too, because everyone is a consumer. Some in the media even have a formula. So who are the "winners"?

Christian Science Monitor says that the Chrysler video is a big winner. They cited a metric created by bunch of experts (Mullen, Radian6, and Boston.com). "The two-minute Chrysler spot featuring rapper Eminem received both the highest volume and the most positive content in a stream of 250,000 tweets on Twitter."

CBS News gives their nod to VW's Darth Vader commercial. Hey, 15 million YouTube downloads can't be wrong. If it goes viral, it must be good.

Yet, something is off here. The best ads are not necessarily the ads that have the most Tweets or YouTube downloads. They aren't usually the ads with the funniest storyline. The best ads are ones that drive sales and build brand in accordance with company goals. Sales are the short term metric. Brand power is the most powerful long term meter. To look at the best ads of Superbowl 2011, we don't have sales data to analyze - but we can draw some conclusions on brand.

At its brand-building core, ads are designed to created awareness and link relevant, favorable, unique associations (values) to the brand. With an audience of about 100,000,000 Americans, a Super bowl is nice vehicle to develop awareness. But what is a lot tougher to do is to create an ad with a message that sticks. One of my old advertising mentors used to say "Bobby, the target has got to sum up the message in one word." That may be pushing the limit, but linking the brand to one central idea (or a couple of values) is where its at. 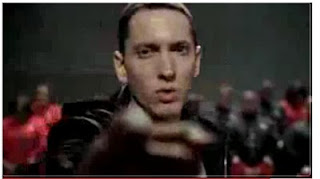 Chrysler’s comeback 2 minute ad has a $12 million air time price tag. The ad's images are gritty. The tone rebellious. The script: "What does this city know about luxury? huh? What does a town that has been to hell and back know about the finer things in life?... We're from America... We're certainly no one's Emerald City..." It concludes with Eminem defiantly stating, "This is the Motor City and this is what we do."

There is a lot of brand value communication in this ad- and these relate to grassroots American values: Honesty. Hard-work. Tradition. (note the flag at 20 seconds and the American monuments). A lot of these values were presumed absent only 2 years ago when Big 3 CEOs flew their private jets to Washington for taxpayer bailouts. Chrysler clearly wants them back. By the way, Eminem was an excellent celebrity endorser for this – given his Detroit roots and gritty, honest, hard-core persona. But there is still something about this ad that doesn't work. The ad emphasizes luxury and I am bewildered how anyone can link luxury to the Chrysler brand given this gritty gritty execution. 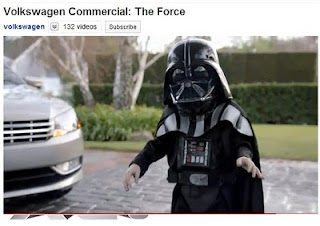 The VW Darth Vader ad has an adorable storyline. It's got a lot of the ingredients to make it go viral (click here for previous blog). But what is the key point of this ad? Is it to communicate the remote car start? If it is, the execution is great BUT that is a poor feature advertise on. Why? The best brand building conveys something unique about the brand - especially intangible associations. Almost every car in that class has an optional remote starter. 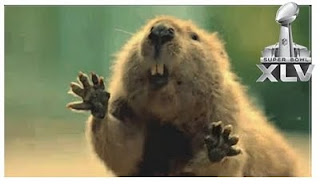 One of the best ads for communicating a brand value is one that is not getting as much online chatter. That's the Bridgestone Beaver. The message here is extremely clear. Bridgestone gives you control. It gives you traction. It increases your driving performance. The tag line at the end reinforces the message too: "For drivers who want to get the most out of their cars, its Bridgestone or nothing." This ad is not the most Tweeted or downloaded on YouTube - but it conveys the proposition (performance) of Bridgestone extremely clearly. That getting the value out of the values!
Posted by Robert Mackalski at 9:12 AM 8 comments: